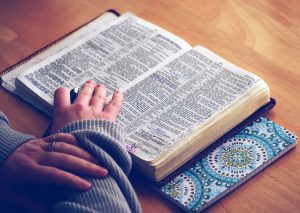 In many ways, the prevailing (and dramatic) shifts in western culture during the past few centuries all center on a single issue: truth—and how we learn it (if we can). To Christians, who worship the One who claimed to be Truth (John 14:6), these cultural shifts prove exceedingly relevant. If we are not mindful of our culture’s changing views of truth, we will imbibe the spirit of the age unwittingly. This is especially evident in how we pursue truth, specifically in our engagement with the (true) Word of God.

In order to illustrate (briefly) the major cultural shifts on truth, and to enjoin a particular approach to it (including our pursuit of truth in studying holy scripture), I would like to share three bad (but ever so common) Bible-study questions, and then a much better one.

And One Much Better Question