I always enjoyed walking the streets of Bogotá because of the remarkable variety of goods available for sale by innumerable street vendors. In fact, my wife and I began keeping a list of things we saw being sold, because we were so surprised by the spectrum. From toys to housewares, from food to technology, we could purchase just about anything we wanted without getting out of our car.

There was a small danger though: we were never quite sure if we were getting the genuine article. We might purchase something hurriedly at a stoplight, only to discover when we got home that the Nike “swoosh” was going in the wrong direction, or that the new purse was a DKNV special. (Apparently Donna has a base in Nevada in addition to her better known New York line.) 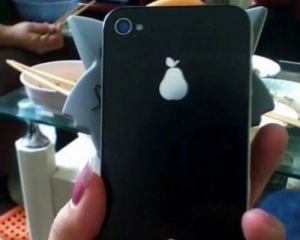 One may face a similar danger in the church, unfortunately. The church seeks, by the grace of God and in the power of the Spirit, to produce disciples. The genuine article bears his trademark: increasing Christ-likeness. Genuine disciples display equipped maturity, to draw on the language of Ephesians 4:11-16. They demonstrate growth in both spiritual character and spiritual abilities. In them one discerns the fruit of the Spirit in increasing measure—spiritual character; in them one also witnesses the gifts of the Spirit effectively stewarded for the sake of the kingdom—spiritual abilities. The two elements are inseparable. As one develops the ability to read Scripture rightly, one’s heart softens increasingly to the claims of Christ on our lives, leading to growth in humility and faithfulness, for example. Or as one learns to deny self and love others sacrificially, one learns simultaneously to serve in the local congregation.

However, owing to the triple threats of the world, the flesh, and the devil, local churches may begin peddling imitation wares—may settle for a version of maturity that falls far short of God’s standard. I suspect this stems from our love of systems and processes, of efficiency and convenience, though I am confident the enemy has had his part in it. Attaining to any form of maturity is hard; cultivating a disciple-making culture that pervades a local congregation, and still maintaining oversight of that culture, is a whole other beast. But that doesn’t mean we settle for an imitation article; rather, we fall on our knees in humble, dependent prayer, trusting that the Lord will provide, will supply our need.

I am sure this is far from exhaustive, but here are four imitation brands sometimes sold in place of equipped maturity. Each one contains a genuine element about it—otherwise it wouldn’t deceive unsuspecting buyers!—but none fully encompasses true discipleship.

In place of equipped maturity, some will substitute mere law. Jesus did not suffer the agony of the cross so that we would keep a list of dos and don’ts. He endured God’s wrath so that we could enter back into full fellowship with the triune God—adopted to sonship through Christ—and then live in the light of that vital relationship. Training people what is kosher and what is forbidden is moralism or legalism, not discipleship (and certainly not the gospel!). This happens in many “fundamentalist” churches, of course, where legalism replaces gospel, and socially acceptable behavior—“don’t drink, smoke, gamble, or go with girls who do”—replaces discipleship. This also happens in many “seeker-sensitive” churches, however, with the moralism of Oprah and Joel Osteen substituted for gospel-centered discipleship.

In place of equipped maturity, some will substitute mere activity. The end goal in this scheme is to have people actively participating in the local congregation: serving in a ministry, fellowshipping in a small group, and giving cheerfully and sacrificially to support the church’s ministry. These are all good aims, of course, provided they are not regarded as the final aim. One could serve, fellowship, and give actively, and yet not even know Jesus truly. These are all aspects of equipped maturity undoubtedly, but if taken as markers of discipleship themselves, they are liable to deceive. What if someone gives to ease a guilty conscience or to win God’s favor? What if the small group is a glorified social gathering? What if the service offered is the same as coaching your child’s soccer team?

In place of equipped maturity, some will substitute mere information. Churches that emphasize the life of the mind, usually for historic, denominational reasons, are particularly susceptible to this imitation product. The sermon becomes mere data transfer; small groups are only Bible studies; devotions center on knowing more about God, his Word, and theology. Now, anyone who reads my blog knows how much I value the life of the mind; nevertheless, information is not the same as equipped maturity. There are many scholars living in active, cheerful rebellion against God who have much more information than I will ever have. If information is not sought in service of transformation, as in Romans 12:1, then it is inimical to growth in grace—knowledge puffing up, where love would do the better work of building up.

In place of equipped maturity, some will substitute mere leadership. If leadership is defined carefully, it may mean equipped maturity, in which case it should be the genuine article. This is not always the case, unfortunately. What makes a leader? Sometimes churches will elevate someone to leadership because they are willing to do the job, which is really just an extension of replacing discipleship with activity. Often we select leaders because they have the requisite abilities, while paying but cursory attention to their character. I suspect one reason why “leadership development” and discipleship are so rarely synonymous is because discipleship places a great deal more emphasis on following, not leading. Leadership is an unexpected, unsought, reluctantly accepted consequence of learning to follow. To make it the center of the target will likely turn that truth on its head, with leaders begrudgingly learning to follow instead.

Jesus Christ gave us a clear commission, to make disciples. We would do well to examine the sort of disciples we are making, lest we discover—too late!—that we have been producing but a pale imitation of Christ’s glorious desire for us all.