Although I’m a tad late to the party (I only blog once a week), I think I should offer some words of response to the 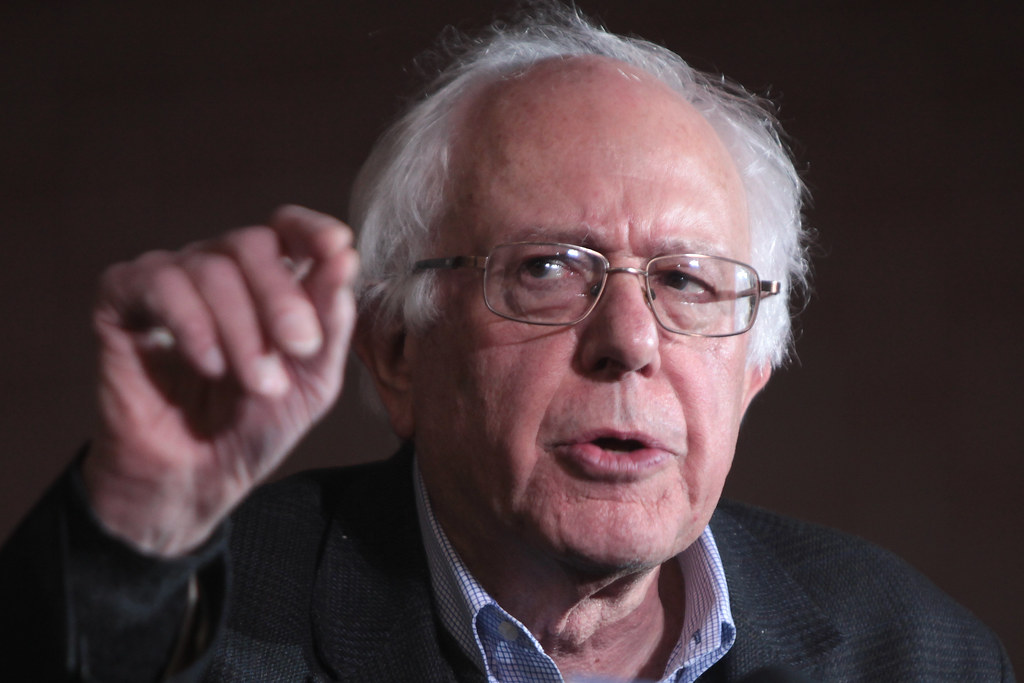 comments Senator Bernie Sanders made last week at the confirmation hearing of Russell Vought, an evangelical Christian. I think some response is in order because the views Sanders espouses have broad cultural appeal, even though they betray misunderstanding, illogic, and hypocrisy. It is very likely most evangelical Christians will have to respond to a similar line of argument, and should be prepared to answer with gentleness and respect (1 Peter 3:15).

Here is a transcript of the exchange, per David French:

Sanders: Let me get to this issue that has bothered me and bothered many other people. And that is in the piece that I referred to that you wrote for the publication called Resurgent. You wrote, “Muslims do not simply have a deficient theology. They do not know God because they have rejected Jesus Christ, His Son, and they stand condemned.” Do you believe that that statement is Islamophobic?

Vought: Absolutely not, Senator. I’m a Christian, and I believe in a Christian set of principles based on my faith. That post, as I stated in the questionnaire to this committee, was to defend my alma mater, Wheaton College, a Christian school that has a statement of faith that includes the centrality of Jesus Christ for salvation, and . . .

Sanders: I apologize. Forgive me, we just don’t have a lot of time. Do you believe people in the Muslim religion stand condemned? Is that your view?

Vought: Again, Senator, I’m a Christian, and I wrote that piece in accordance with the statement of faith at Wheaton College:

Sanders: I understand that. I don’t know how many Muslims there are in America. Maybe a couple million. Are you suggesting that all those people stand condemned? What about Jews? Do they stand condemned too?

Sanders: You think your statement that you put into that publication, they do not know God because they rejected Jesus Christ, His Son, and they stand condemned, do you think that’s respectful of other religions?

Vought: Senator, I wrote a post based on being a Christian and attending a Christian school that has a statement of faith that speaks clearly in regard to the centrality of Jesus Christ in salvation.

Sanders: I would simply say, Mr. Chairman, that this nominee is really not someone who this country is supposed to be about.

There are substantial, significant constitutional issues with what Sanders had to say. Those wondering why Christians fear the loss of religious freedom in America need look no further than this exchange. However, I am not a constitutional scholar, nor do I care much to meddle in politics (especially at this point in history), so I will restrict my comments to the logical and theological issues in Sanders’s views. There are three in particular that bear mentioning:

How should Christians respond? In the words of 1 Peter once more, “with gentleness and respect, keeping a clear conscience.” We need to address the arrogant, illogical, and hypocritical teaching of Sanders with love, humility, and winsome persuasion. Some will have the opportunity to do so on the national scale, and I am grateful for men like Russell Moore who are seeking to do just that. But most of us will have to do it one-on-one, with our family and friends, neighbors and colleagues, who have imbibed the spirit of the age without recognizing the dangers inherent therein. We can ask loving, insightful questions, drawing them out until they begin to see the concerns I’ve expressed today.

And above all, we can keep pointing them back to Jesus, because he is the only way—no matter how unpopular that teaching (and it was equally unpopular in the state-sanctioned pluralism of first-century Rome!). Contra the spurious Christianity Niebuhr described, we have sinfully rebelled against a perfect and holy God, and he is justly angry with us. We deserve the condemnation we stand under. But he has made a way. Our punishment fell on Jesus, that we might seek shelter from the storm of God’s wrath through trust in him. Remember, all—Jew and Gentile, Christian and Muslim, secularist and mystic—“have sinned and fall short of the glory of God, and all are justified freely by his grace through the redemption that came by Christ Jesus” (Romans 3:23-24)—and Christ Jesus alone.